Shipping to all European countries 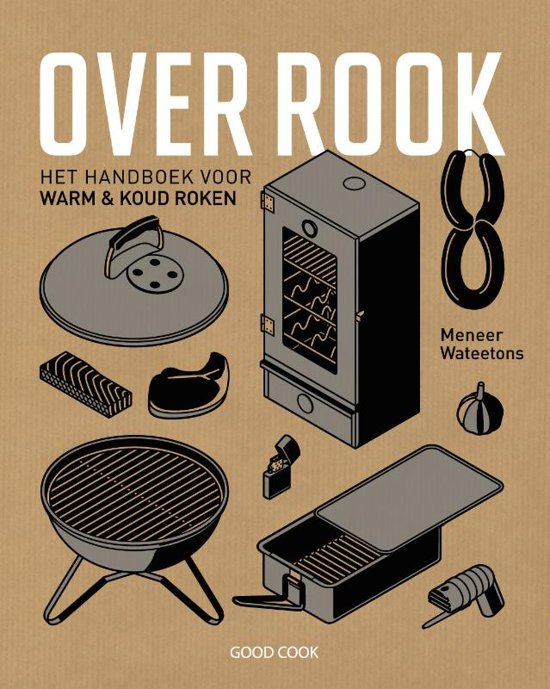 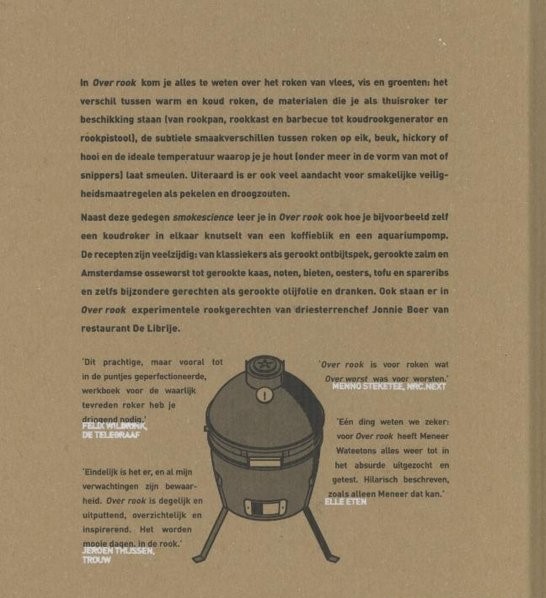 In 'About smoke' you will learn everything about smoking meat, fish and vegetables: the difference between hot and cold smoking, the materials that are available to you as a home smoker (from smoking pan, smoke box and barbecue to cold smoke generator and smoke gun). , the subtle differences in taste between smoking on oak, beech, hickory or hay and the ideal temperature at which you let your wood (including in the form of moth or chips) smolder. Of course there is also a lot of attention for tasty safety measures such as brining and dry salting. Thanks to Meneer's typical humorous writing style, the book is easy to read, you really don't have your nose in a dusty textbook, but you do get all the information you are looking for, and more. Full of photos, tables, illustrations and facts and of course the extensive testing of everything by Mr. himself, this book is a real must have for anyone who wants to know more about smoking food.

In addition to this thorough smoke science, you will also learn how to assemble a cold smoker yourself from a coffee can and an aquarium pump in 'About smoke'.
The recipes are versatile; from classics such as smoked bacon, smoked salmon and Amsterdam ox sausage to smoked cheese, nuts, beets, oysters, tofu and spare ribs and even special dishes such as smoked olive oil and drinks. 'Over rook' also contains experimental smoked dishes from three-star chef Jonnie Boer of restaurant De Librije.

'You urgently need this beautiful, but above all perfected to the last detail, workbook for the truly satisfied smoker.' - Felix Wilbrink, De Telegraaf

'It's finally here, and all my expectations have come true. "About smoke" is solid and exhaustive, clear and inspiring. It will be beautiful days, in the smoke.' - Jeroen Thijssen, Trouw

'We know one thing for sure: for 'Over smoke', Mr. Wateetons has again researched and tested everything to the absurd. Hilariously described, as only Mister can.' - Elle Food

"'About smoke' is for smoking what 'About sausage' was for sausages." - Menno Steketee, NRC.Next

Mr Wateetons eats, sometimes three times a day. He's not a great cook, the layout of his plates is terrible and he knows scandalously little about wine. He can experiment. With varying results. In fact, writing about food suits him best. He does this, humorously in his seven books, on blogs and in magazines. Mister prefers to make food that you can buy in the supermarket for less money and with less effort. A bit raunchy, preferably from the bottom shelves. As an independently working cook and a scientist with a doctorate, he is inquisitive and skeptical by nature and he delights in destroying culinary myths. His books and other pieces are characterized by a solid scientific foundation, a humorous writing style and an indestructible can-do attitude .

Do you have any question regarding this product?

What others says about us

delivered quickly and neatly. fulfill the promise ordered before 22.00 next day delivery!

You only get to know a company's service well when a problem occurs. And that happened because DHL did not deliver my package until a week later than planned in all the hustle and bustle. But .... the emails to Jolien (Videonieuwe.nl) were answered very quickly, the telephone was answered immediately, the investigation into the package at GLS was started quickly. In short, customer service like I've never encountered!

Top service! Bought two discount packages, but due to circumstances the second package was only used after two months. It turned out that a part was missing, but despite the fact that such a long time had passed, the part was sent after all. Very happy with this.

Delivered within 14 hours!! With other providers I had to wait at least a week. Now I could immediately get started with the mise en place, so that I can go on holiday on Monday with peace of mind. Absolutely great.

Got a good answer to my questions. ordered yesterday and it arrives today. 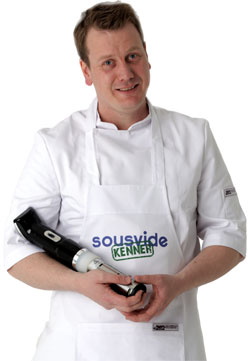 In the summer of 2015 we discovered sous vide, and we have been obsessed with it ever since. Dinners, parties and barbecues have always been a resounding success. "How do you do that?" And we are happy to tell and demonstrate how easy it is for everyone to deliver culinary perfection with sous vide. We grant everyone this convenience and pleasure! That is why we are at your service with a wide range of high-quality products and know-how so that we can answer all your questions well, because: knowledge makes the difference!  Read more about us >>>

Our company makes delivery all over the country

We offer only those goods, in which quality we are sure

You have 30 days to test your purchase